Yesterday I received a postcard in the mail from my high school (Class of 1968) and decided to visit the website.

It was a nice looking site and easy to navigate. The cross country team did well at Mt. SAC and the Fall Open House is this next Sunday. Mandatory attendance for all students. But I made a mistake and looked at the Alumni section and looked at the memorials. I found that an old friend had passed away.

He and I attended the same elementary school. If I remember correctly, his father was an egg farmer/rancher. I learned we were going to high school together on the first day of school when I boarded the bus two blocks from home; he was already on board, living farther away from the school than I. It was a technical high school with the usual academic classes and two and a half hours of shop (I was in Drafting and he was in Machine.)

After he got his driver’s license, I rode to school with him. What a car. He had a black Chevrolet Chevelle SS 396 and could lay rubber in all four gears. It was great fun going to school and we picked up a couple of other guys on the way; I even got to drive it a couple of times.

At the time Arcadia was all, or almost all, white. Our high school it now seems was about a third Mexican/Chicano/Latino (I don’t remember what term was in use all those years ago.). Lo and behold I found out that Izzy was one of them. I had had no idea that he was a member of a different ethnic group. And, I hope that it wouldn’t have mattered had I known. 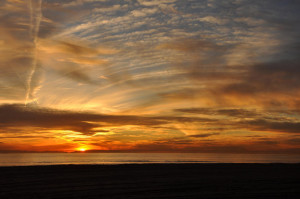 I wish now that I hadn’t lost touch with him; he was a nice guy. The world is poorer without him and so am I.