Home » Commentary » Children’s Shows – A Part of My Childhood

If I remember correctly, we got our first television in 1956; I say this because the first thing I can remember watching were stories about the Republican and Democratic conventions which nominated Eisenhower and Stevenson that year.

The second thing I remember watching was Skipper Frank (Frank Herman) in the afternoon. He showed cartoons; I loved cartoons (and still do). Mom “hated” him and his “that there” expression. I remember Tom Hatten and Popeye, Captain Kangaroo (Bob Keeshan) and Mr. Green Jeans (Hugh Brannum), Bozo the Clown, Chucko the Birthday Clown (Charles Runyon), and Engineer Bill – Red Light, Green Light – (William Stulla). And, of course, “Sherriff” John Rovick.

My favorite cartoons, however, were from the Crusader Rabbit series. As I look back on them now, they seem rather simplistic in the light of today’s computer animation. But in the 1950s they were a blast. I would often ride my bike to a friend’s house several blocks away to play, read comic books, dig in his backyard and watch Crusader Rabbit and his companion Ragland T. (The) Tiger do battle with Dudley Nightshade. Oh, what fun. 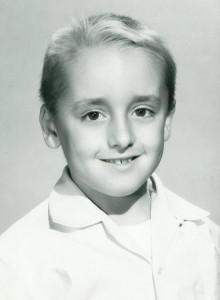 I am reminded of this because the L.A. Times this morning ran an obituary article on Lucille Bliss. I’d never seen her name before but she was the voice of Crusader Rabbit in his first series. (I can still recall the Rajah of Rinsewater; what a hoot.) Another part of my childhood gone.

John Rovick died last month and Bill Stulla and Charles Runyon back in 2008. They are gone but not forgotten; I and, hopefully, many others still remember them with fondness. Some ancient Greeks subscribed to the notion that the only immortality for humanity was in the living memory of those who came after them. In my mind’s eye Engineer Bill is running his trains, Sheriff John is putting another candle on my birthday cake and Crusader and Rags are off on another adventure.