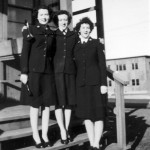 This last summer I found several of my mother’s photo albums “hidden” in a cabinet in her home in Minnesota. She passed away in 2000 and some of these photos I’d never seen. One of the albums “My High School Days” contained pictures of her as a young adult in the 1930s and 1940s. Unfortunately, my mother did not label her photos with names and dates. 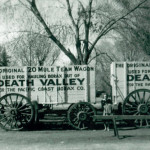 Some of the pictures are of her and others in uniform; they must come from 1942-44 when she was a WAVE and stationed at Coeur d’Alene, Idaho. Others are pictures of her with May, her best friend from grammar school in Warroad, Minnesota. 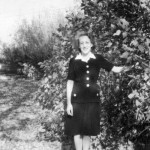 I never knew my mother as a young woman; she was thirty-eight when I was born (dad was forty-one) and most of my memories are as she looked in her fifties and beyond. Looking at her in these photos is almost like being introduced to a new person. The same is true of the pictures of dad and my sister, Joyce.

May Acre was my dad’s first wife and died young, leaving dad as a single parent. Mom married dad after she came to California following the war; that was in 1948 and I came along two years later. 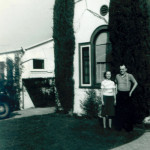 When I’ve finished scanning in all of my photos, I’ll get around to fixing the scratches, folds and other markings which mar these sixty and seventy year old pictures. I’m also putting together an electronic album for my sister; I don’t know if she has copies of these pictures or not. If not, I hope they’ll be a pleasant surprise. 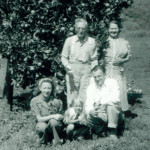 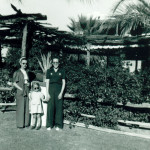