Jessee Traylor stepped to the plate and planted himself in the batter’s box. Left foot on the back line and front foot placed in a slightly open stance the Anaheim Angel shortstop made ready for the first pitch of Opening Day.

Harold Mein of the Oakland Athletics threw a 97 mph fastball that just missed the outside edge of the plate at Traylor’s knees. 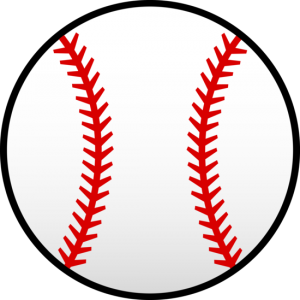 “Ball one,” proclaimed the Angel Stadium public address system as the schematic of the pitch’s location was shown on the new right field screen.

Jessee turned and grinned at umpire Billy Rourke, with whom he had a history of feuding, “Well, at least you didn’t get that one wrong.”

Rourke, although feeling a bit redundant in his crouch behind A’s catcher Torin Jones, said not a word.

Mein wound up and threw another 97 mph fastball; this time, just a half-inch closer, it clipped the corner of the plate.

“Strike one,” proclaimed the Angel Stadium public address system. This time the schematic lit up with the enlargement showing the ball edging the plate at Traylor’s knees.

“What a shame, Jessee,” said Rourke, as he grinned at Traylor. “I think I might have called that one a ball.”

Traylor swung at and missed the next waist-high fastball, clocked at 98 mph.

Mein then threw an 84 mph curve that crossed the plate six inches below Traylor’s knees and at which he swung and badly missed both in time and space.

As he walked back to the dugout grumbling not quite to himself the embarrassing schematic was shown in slo-motion, much to the delight of scattered A’s fans in the stands.

Introduced just three years previously and subject to extensive testing in the minor leagues and major league spring training, the new “chipped” baseballs were making their regular season debut this opening weekend of the 2021 season.

And, not only were the balls chipped, but so were the bats, gloves, bases and shoes. The umpires wore body-cams in addition to all of the cameras surrounding the field. 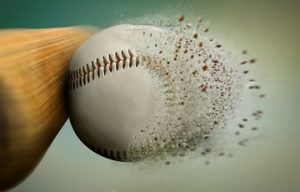 The second batter, Mark Muskie, then came to the plate and entrenched himself in the left side of the batter’s box; Mein threw another curve. Muskie dug it out in a golf shot that headed to left field and hit the wall rebounding into the fielder’s glove. In a single motion he turned and threw to the shortstop standing on second base waiting on Muskie’s attempt to stretch an easy single into a double.

The shortstop’s glove, second base and Muskie’s right hand in a headfirst slide seemed to merge in a single instant and most of the fans in the stands thought the runner was safe.

“You’re out,” cried the public address system as the schematic of the touch appeared on the screen.

And so went the game.

The computers adjusted for each batter’s individual strike zone–pre-programmed into the system, of course. Homerun distances were measured to the inch as well as to how far they would have gone if the wall or stands were not in the way.

Pitch speed was measured both as the ball left the pitcher’s hand as well as when it crossed the plate.

Bat speed and the ball’s velocity as it left the bat were posted alongside pitch speed after every swing and hit ball.

The speed of the hitters and runners on the base paths was measured as was the length and velocity of the throws made by the fielders. All became grist for the baseball stat machine.

The closest thing to an argument was a foul ball detected on a second strike in the fourth inning but was not noticed by the batter, the catcher nor by the umpire–but it was noticed by the sensors in the ball and the bat. And posted as such on the board. As Shakespeare might have said, “little ado about less than nothing.”

Play-by-play announcers and color commentators who couldn’t tell an interesting baseball story to save their lives now had a multitude of additional crutches in the form of these new stats to blather about to their poor listeners and, hence, “justify” their existence and jobs.

Younger fans and fantasy leaguers had more reasons to immerse themselves in their portable electronic devices and ignore the game itself. (Including one “fan” whose iPhone X was smashed by a foul ball–the only injury of the day.)

Older fans enjoyed the game, which ended in the tenth inning on a Muskie two-run homer and traveled 512 feet-4.37 inches into the parking lot. Some of them lamented the lost humanity of the redundant umpires, but a Vegas sports book opened a betting pool on when major league baseball would opt to eliminate umpires from the field.

Billy Pillgrim, whose company made the chips and sensors used in the bats, balls, bases and clothing of the players, just smiled and relished the future.