The Boob-Tube: We are What We Watch — Aren’t We? 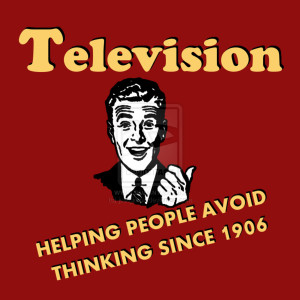 Okay, I’ll admit that some days I have too much time on my hands. Today I was looking for something to watch after the Reading vs. Crystal Palace FA Cup game and saw what some of the “talk” shows were offering. I got sucked into looking at several days of show blurbs and got to wondering at what these have to say about us and our society that we air our troubles in front of millions of strangers.

Judge Mathis: The plaintiff says the defendant is so manipulative that she lied about being pregnant and made a fake ultrasound to trap her ex-boyfriend. (10.29.15)
— The ultrasound is fake? Huh? It’s “Photo-shopped?” It was made for someone else? She’s not pregnant?

Dr. Phil: “My Husband Convinced Me to Sign a Postnup, but I Want It thrown Out!” — Karie says her husband bullied her 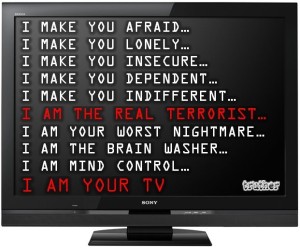 into signing a postnuptial agreement that entitles her to nothing if they ever divorce, but Michael insists he did not bully her and her cheating past made it a necessity. (11.6.15)
— They’re still married?

Jerry Springer: “Sleeping With the Frenemy” — Jerrad wants his ex to break up with his boyfriend and come back to him; Holly’s friend inadvertently reveals that she had a one-night stand with Holly’s husband; Kristol’s long-distance boyfriend misleads her. (2.23.15)
— Poor Holly.

Maury: “Did My 55-Year-Old Husband Have a Baby With a 22-Year-Old?” — A married man denies a much-younger woman’s son; Chester thinks his wife is having sex with members of her own family; Bernard says he got a phone call informing him that his children’s mother was unfaithful. (10.13.14)
— I smell burning pants.

The Steve Wilkos Show: “Social Media Ignites Rage” — Tyler thinks his girlfriend Erin is leading a double life; Brenda calls off her wedding to Dylon because she claims to have proof he cheated. (11.6.15)
— I shudder at what proof actually is.

Hot Bench: “Show Me the Yorkie Money!; Ex-Girlfriends Clash!” — A liquor-store cashier hits hard times and neglects to pay for his purebred puppy; a woman hears her girlfriend crash her car while on the phone with her. (11.24.15)
— Talking on the phone while driving is dangerous.

Dr. Phil: “My Ex Is a Terrible Parent and a Danger to Our Children — Chris says his ex-wife, Kelly, allowed their 14-year-old daughter to be intimate with a 28-year-old convicted sex offender; Kelly points out that Chris was investigated by the state after his daughter accused him of physical and sexual abuse. (3.14.16)
— Does the host have something against his audience?

Jerry Springer: “Lesbians Come Out . . . of the Cold” — Derrick reveals a secret he has been keeping from the woman he has been seeing; lesbian stripper Diana is on a mission to break up one relationship and start a new one; Summer is a lesbian who cannot stop having sex with men. (2.20.15)
— TMI

Maury: “Will the Test Prove You Cheated and Gave Me an STD?” — Maggie and her boyfriend, Juan, were both diagnosed with an STD, and a friend tries to convince her that Juan is a sex addict; Leeanthony’s girlfriend is furious when she learns that he thinks she cheated with his best friend. (3.15.16)
— No, it won’t.

The Steve Wilkos Show: “We Didn’t drug Our 7-Month-Old Son” — Taken from his parents, a 7-month-old boy is found to have eight different types of narcotics in his system. (11.13.15)
— Where did he get the money to support his habit?

Jerry Springer: “Catfight Fever” — Aaron admits he hooked up with his fiancée’s stripper friend; TJ hopes an apology and a song can prevent women from fighting; Dave cheated on the woman he says he loves. (2.18.15)
— Be careful of your own friends. 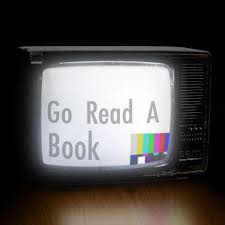 I’m sorry. I just can’t stomach any more. I just hope I never get to the point where I actually watch one of these shows.