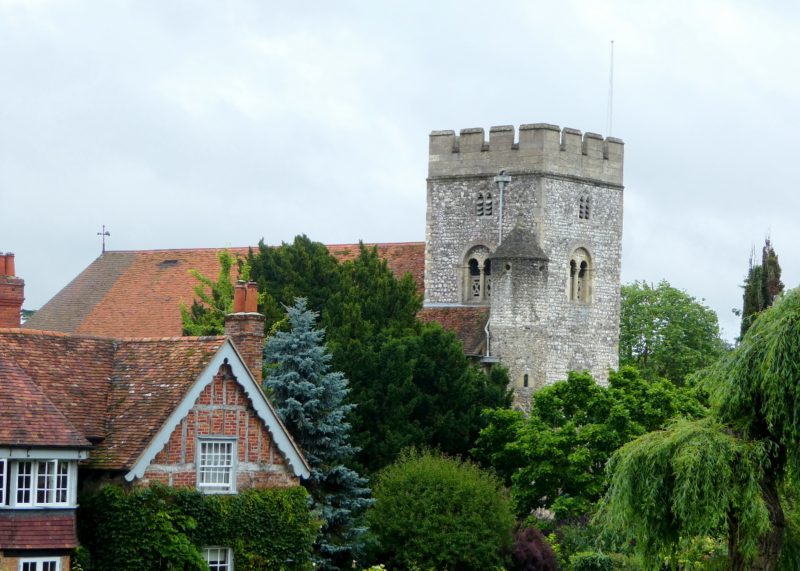 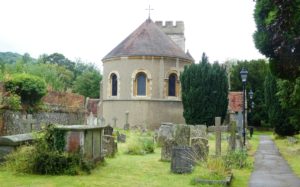 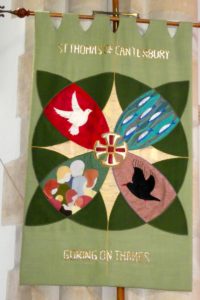 Sunday — We rose a little after seven; coffee and tea and a shower later I packed up our belongings. (A bit difficult as we are still down one BA lost suitcase.) Di paid the remainder on our bill and Mima checked us out of the hotel.

Note: Aside from our quibbles with the “accessible” room (accessible, not specifically designed for those who are handicapped and may need assistance), our stay was quite pleasant. The personnel at both The Old Bank Hotel and The Quod Restaurant were invariably courteous, polite and helpful, including putting out the portable ramp over the entry step for Di’s scooter.

Our driver (the same gentleman who took us to Highclere Castle/Downton Abbey the previous week) was waiting in the car park and helped to load our luggage and Di’s scooter. It was a short drive to Goring-Streatley and The Swan Hotel where we left our suitcases; it was too early for check-in. We then wended our way along narrow country roads to Tricia’s home near Newbury (Hampstead-Norreys) — laundry, lunch, family and croquet.

A bit after two in the afternoon Helen, Richard (husband) and Theo (son) arrived after battling London traffic with roads closed and re-routings for an international bike race.

About eight-thirty in the evening Tricia drove us back to our hotel and we recovered our stored luggage and checked in. I thought our room was an improvement over that of the Old Bank in Oxford but Di was disappointed. (When all was said and done, we enjoyed our stay at The Old Bank much more than our stay at The Swan.)

It had a great deal more room and the bathroom has more handholds than our previous room. However, the room was not carpeted and Di was afraid of falling on the hard floor. There are no handholds in the main room and the chairs are on casters — they roll — not a good choice for handicapped people or others who have difficulties with balance.

The bathroom is roomy but there are no handholds from the entry to the toilet nor are there any at the sink. The shower area has more handholds but is the same slippery type of floor as the Old Bank Hotel which necessitates multiple bathmats. There is neither a shower door nor a shower curtain and the shower area is open to the rest of the bathroom.

I made Di some tea on Monday morning and myself some instant coffee in the room this morning. Di went out on the patio for a smoke and book read. I walked to the front desk for a newspaper — there were none. I asked for a directory of services and was assured one would soon be delivered to our room. I then walked around the grounds and found the restaurant. Some of the halls and walkways had ramps and others just stairs. There was no one in the restaurant/bar to answer questions although there were people seated.

Returning to the room, Di wanted to call Pryors for a trip to do some shopping in Newbury on Tuesday — the phone was dead. I went to the front desk and informed the clerk there. A few minutes later another clerk knocked at our door and asked about our fan not working. How can someone get “dead telephone” mixed up with “fan?”

A few minutes later another young man came in to check the phone — another failure. I also told him the light on our patio was out. He said he’d replace the bulb this afternoon. The phone? — he left mumbling something about maintenance.