First to baggage to pick up our suitcases and then to the surface to find our ride. She found us, because of Charlie’s scooter, and we were soon loaded into the car and bound for Hopton to the northeast of London. It was supposed to be a two and a half hour drive that morphed into a three and a half to four hour drive because of Friday traffic and a stalled lorry on a two-lane country highway — with Di and the driver nattering away about either Brexit or Trump for almost the entire journey. 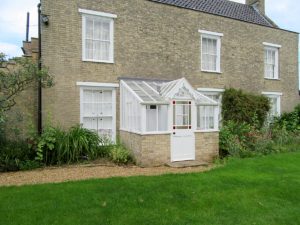 It rained a bit, but we missed the day’s downpours and safely reached The Cedars, the home of Gerry and Maria, Di’s cousins. (In Britain many houses are named and without street number addresses — good luck finding a place without detailed directions and/or local assistance. Their postal service survives with a rather esoteric system of postal codes, but I don’t know how, so I guess we can too.)

Gerry and Maria greeted us warmly, and with Gerry’s help I carried our bags to upstairs to our rooms. Yes, upstairs seventeen steps and then down one step and again down two steps — then the reverse to go downstairs. It’s a bit tough on Di, but she seems, with help, to be managing. She needs both her cane and rollator “wheelie” to successfully navigate the house but does so without complaint. 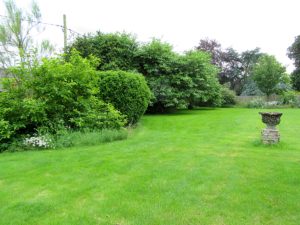 We had a nice dinner the first night and slept with no sign of jet lag. Part of this may be due to the excellent company, food, wine and whisky provided by our hosts.

If the term “Brexit” means nothing to you, here’s a brief explanation: the United Kingdom last Thursday (June 23, 2016) held a referendum on whether or not to remain in the EU (European Union) or to leave. BRitish EXIT.

To the surprise of many, if not most, UK citizens and politicians, pollsters and bookies the LEAVE side won: 52% to 48%. Some areas, such as metropolitan London and Scotland, voted heavily to remain in the EU and others voted just as heavily to leave. 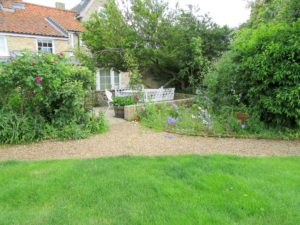 Even the bookies were wrong in their guesses as to which side would prevail. More money (the richer bettors) was bet on the “Remain” side, but more small bets (the poorer guys) were placed on the “Leave” side of the equation — “Leave” won the election.

The Prime Minister resigned; the financial markets were in turmoil; politicians, pollsters and pundits scrambled to explain the results; many Europeans said the equivalent of “Leave quickly”; and many “Leavers” were quite pleasantly surprised but unsure of what to do next. A number of disappointed (and possibly outraged “Remainers”) began signing an online petition to force another referendum.

A couple of days later the online petition was stripped of many electronic signatures for obvious irregularities such as several thousand signatures coming from British citizens living in Vatican City — with a population of about 800. Hmmm . . .