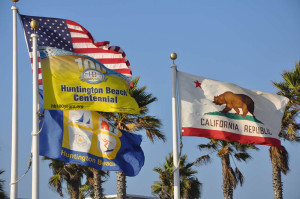 The Op-Ed page of the Los Angeles Times this morning had an article titled “Voting, California-style”. In this article Morley Winograd and Michael Hais advocated “a simple, online registration process” and “voting by mail” as two ways of increasing voter participation. I would like to add a third: extending voting hours or days.

My former car pool buddy volunteers to work at polling places near where he lives. Although polling places are open from 7 am to 8 pm, he works from about 6 am to about 10 pm. There are also other hours devoted to preparation and training. Extending these hours would mean added hardships to him and his fellow unpaid poll worker volunteers. It would also mean adding more volunteers and, possibly, paying them to work.

I have been voting by Absentee Ballot or Mail-in Ballot for the last several elections. I find it more convenient to fill out my ballot in the quiet atmosphere of my home than to go to my polling place, a fire station three hundred yards up the street, and then to stand in line and vote in a booth. I do, however, drop off my ballot at the polling place rather than mail it. (I used to drop it off at the polling place set up in the auditorium of the school where I taught.) 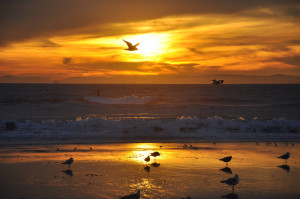 One of the disadvantages to living in a country which covers several time zones is that when polls close in the eastern part of the country they are still open in the west. Votes are counted and reported in the eastern states while people are still voting in the west. If you include exit polling, the results of a national election may be “known” before millions of people have yet to vote. In their own minds at least, they are being disenfranchised. I would like to introduce some proposals to end this.

My second proposal is related to the above and advocates having all polling places open and close as above but have them stay open the entire day – twenty-four hours. Nobody needs to rush to the polls before or after work.

Third, I would advocate making National Election Day a national holiday. Close schools and businesses and nobody would have an excuse for not voting. Don’t move it to Monday as too many people would make it a three-day weekend and not vote.

Or, and this is what I would really like to see, move the elections to weekends. Have all polls open and close at the same time and open for forty-eight hours on Saturday and Sunday. Can’t find time to vote over an entire weekend – I don’t think so.

Yes, I know, all of these proposals would cause problems and increase the cost of elections. I also believe that they would both increase voter participation and eliminate the perception of people living in western and Pacific states that their votes don’t seem to matter. I believe that the benefits of such changes far outweigh the costs and would be good for our country.