A-FNN White House correspondent Amber Gris reports that unnamed, but highly placed, sources within the Trump White House have confirmed our earlier reports about President Trump’s decision to cut funds from the Federal Budget for California’s earthquake early-warning system. Also included was the decision to eliminate funding for tsunami-monitoring stations in oceans.

When asked about this President Trump replied: “Yes, we intend to focus on core USGS science and efficiency. While California (a state in which millions of illegals voted for my opponent in the last election) will lose funding, states which sit astride the New Madrid fault in the interior of our nation (and legally voted for me) will see earthquake research monies increased.

“Most of the rest of our great nation cares nothing about “Blue California” and will little mourn its loss in a major earthquake. Besides, I and many of my colleagues own land in California’s interior, and its neighboring states which will become valuable coastal resort properties when California slides into the Pacific.”

A-FNN White House correspondent Amber Gris reports that unnamed, but highly placed, sources within the Trump White House have confirmed our earlier reports about President Trump’s about-face regarding the current investigations regarding his campaign’s and administration’s ties to Putin and Russia.

According to these sources, Mr. Trump will issue instructions on his return to the United States that all members of his administration cooperate fully and openly with any and all queries issued by the special prosecutor’s office regarding ties to Russia. Also, included in this are those active who were in his campaign but not currently employed by his administration.

“Openness and transparency in government are important to the working of our political system,” said Mr. Trump. “I am therefore instructing all of those associated with my administration and campaign to fully and truthfully answer all pertinent questions posed to them by Justice Department and Congressional investigators.

“Truth, the whole truth, and nothing but the truth is the only acceptable behavior for those entrusted with running the government of the United States. Only through the truth will we be able to Make America Great Again.”

Those of you who occasionally read my ramblings know that I subscribe to and read two newspapers: The Orange County Register (OCR) and the Los Angeles Times (LAT). Each has its good and bad points and between them, knowing their biases, you can get a pretty good handle on current events both here and abroad.

Sometimes it’s easier than that — just read the headlines (later you can read the articles and see if you conclusions were “right” or not).

OCR – Real Estate: No homes available to buy? Affordability may be the culprit — No s–t, Sherlock! The house is not available for me to purchase because with a spouse and two kids I cannot afford the Orange County median price for a home of $630,000 (up from $580,000 a year ago).

OCR – Business: California optimism tops among big U.S. states — Gee, maybe all of those “scare” stories about businesses moving to Texas and other states because California is bad for business aren’t completely true?

OCR – Opinion: Why the establishment wants Ted Cruz — They don’t, really. But they figure both Trump and Cruz are losers to Hillary Clinton in the general election. With Trump as the nominee, the establishment still has a raging Cruz to deal with after Trump loses. However, if Cruz is nominated, and loses, he just may disappear from the national scene and the Republican establishment won’t have to deal with his ilk for a couple of decades.

OCR – News: Weak audits endanger public purse — A public employee may walk off with public money if he, or she, isn’t watched?

OCR – News: New force in politics: Millennials — There are 75.9 million of them, and they are only a force if they vote. (Or is it that they become a force when they have enough wealth to contribute to the right candidate/politician?)

OCR – News: Big GOP names loath to join Trump ticket — They figure he’ll lose and who wants to be associated with a “great” loser?

LAT – Sports: dodgers can’t get rid of an unsettling pattern — Yeah, even with their outlandish payroll they lose six in a row.

LAT – California: Idle engines are costing Metrolink — We leased train engines, and we’re not using them. You mean we still have to pay for them?

LAT – News: An academic slowdown (Nationwide, test scores have stalled.) — We’re surprised? This ain’t Lake Woebegone. Scores cannot keep going up to perfection and beyond, no matter what laws, standards, carrots and sticks are brandished.

LAT – News: Syrian city lives in ‘state of terror’ — Aleppo is in the middle of a warzone in a country torn by civil war and outside intervention, and we’re surprised life there isn’t calm, cool and collected?

And I’ll take a moment to remind you, especially those who have or work with children: news is often just a matter of perspective — http://www.gocomics.com/forbetterorforworse/2016/05/01 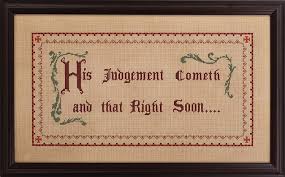