Are we alone in the universe or do we share it with others? That is a question that has exercised our collective imagination for quite some time. Is there an “ET” out there somewhere? Other life, intelligent or otherwise? Let us set aside theories of a cyclic universe that recycles itself over and over again after billions or trillions of years and that of a multiverse in which there are a multitude, possibly an infinite number, of universes co-existing and go with the single universe that we know and love. 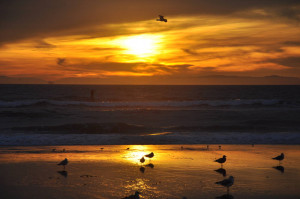 I believe that there are two ways to consider these questions.

Other Life Without God

The first answer concerns a universe in which there is no God (are no gods). In such a universe life on Earth happened strictly by “chance”—based on the existence of elements and chemicals and their physical and chemical properties. If the conditions that gave birth to life on Earth exist elsewhere in this universe, then, surely, other life must exist. It might not look like what we are familiar with, but, if the physical “laws” of the universe which are in effect here are in effect throughout the universe, must not like conditions produce like answers?

What are the odds on like conditions existing elsewhere? Are there other stars like our sun? Yes. Are there other terrestrial type planets? Yes. How many harbor conditions like those we are familiar with? Surely at least a few. Some will say we can calculate the answer based on the Drake Equation, but that is merely hazarding a guess by plugging numbers, arrived at by guessing, into an equation. No matter how valid the equation, any answer derived from it is still just a guess. Let us not worry about the number of places other life exists or how many other civilizations there may be (or were or which come into being), let us just think about it with a bit of logic.

As near as we can currently determine, the our universe is about 13.7 billion years old and has—the observable universe—a radius of 46.5 billion light years. (If you would like to check these numbers go to Google, or some other search engine, and ask it what the size of the universe is. Some of the answers are truly astounding, especially if you convert the light years into miles or kilometers.) And this is the part we can observe; how big is the whole thing?

The observable universe contains hundreds of billions of galaxies containing hundreds of billions of stars. Astronomers have already found hundreds of extra-solar planets and will find more as the technology improves. Does this mean there are billions of planets to go with the billions of stars? Logically, I think the answer would have to be yes. Logically, would our Earth be the only planet, out of uncounted billions, which harbored, or harbors, life, intelligent life? I think not. If it were, what a lonely and empty universe; one intelligent species after an existence of 13.7 billion years. What a sad and barren home for the human race; no past and, given the laws of physics as we currently understand them, no future.

Logically, I think, there has got to be someone else out there. Whether we’ll ever be able to communicate, or visit, with them is a different question; but, they’ve got to be out there, somewhere. And, I think, some were here before us, some are here now and there will be more in the future.

Other Life With God

If we, on the other hand, consider that we live in a universe created by God (or gods) are we alone in that universe? First, in this universe there are at least two forms of life about which we already know, earthly and God (or gods). Is there other life? The answer to this would depend upon the nature of God.

If God created the universe but does not regularly intervene or interfere, he becomes what is called a watchmaker or blind watchmaker. In this type of universe God sets it up and lets it run. Gee, this looks like the first type of universe, without a God, and works the same way. Logically, I would think, there must be other life, including intelligent life.

If God is not just a watchmaker, but participates in the daily running of the universe what does he actually do? Does he especially create the conditions for life? If the answer is no, we have the first universe again. If the answer is yes, we have to consider God’s personality. Think about it; what kind of god/God would create a universe consisting of trillions of cubic light-years of space and billions upon billions of stars and planets and place life, intelligent or otherwise, on only one of them; and that 13.7 billion years after he created that universe. What an absurd and illogical waste of time and effort. Given a benign, benevolent, or even malevolent God there has to be life other life out there. Otherwise, why create such a universe in the first place?

The universe is a beautiful and majestic place, at least, from my point of view. Why create it if you are only going to put, or allow to exist, life in only one small corner of it. This life will never be able to experience the rest of your creation, certainly never fill it, unless you change the physical laws of your universe to allow it. 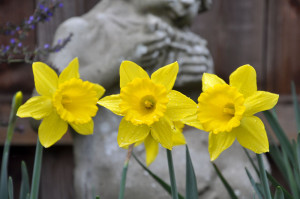 If there is no God, are no gods, there has to be other life out there.

If there is a God, are gods, anything like that postulated by humanity, there has to be other life out there.

Of course, neither the universe, nor God/gods, is under any obligation to be logical, as I see logic, or answerable to the arguments of Saint Anselm or Saint Augustine. And, if he, she, or it is a sociopath, all bets are off.